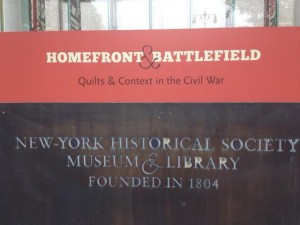 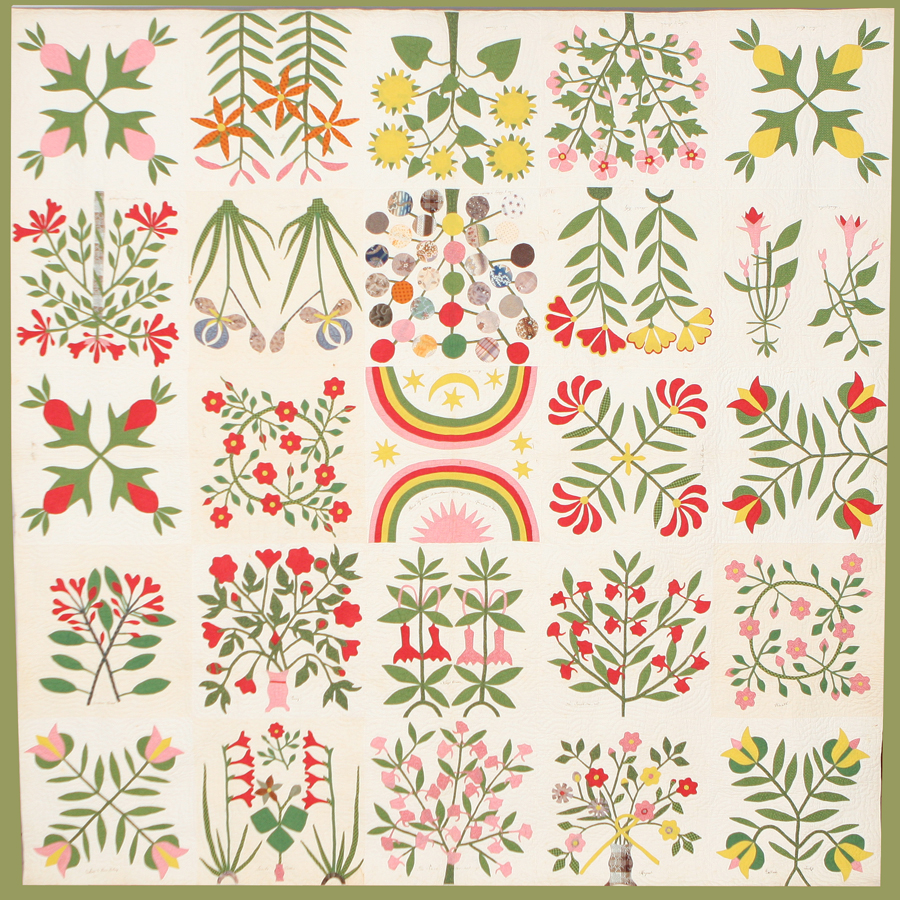 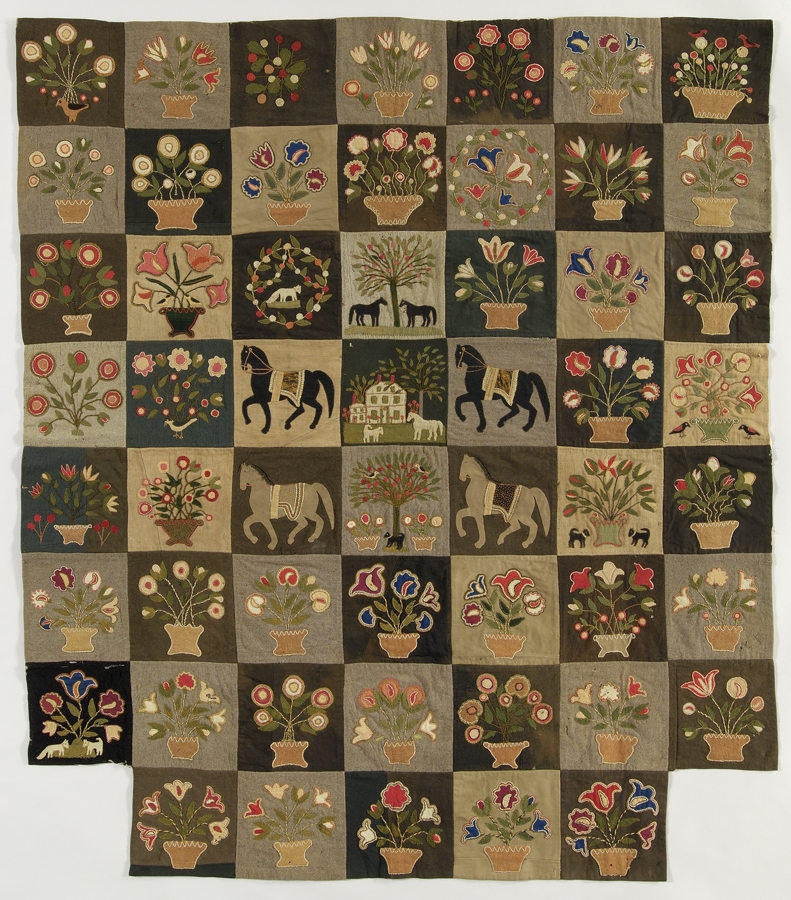 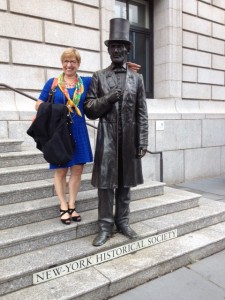 As part of our Just Judie quilt competition prize package, the quilt shop sponsoring the most entries was rewarded with a visit from Judie herself!  So, on Friday, November 1, Judie (accompanied by her Marcus Fabrics entourage) arrived at Little Quilts in Marietta, GA for an afternoon of festivities. 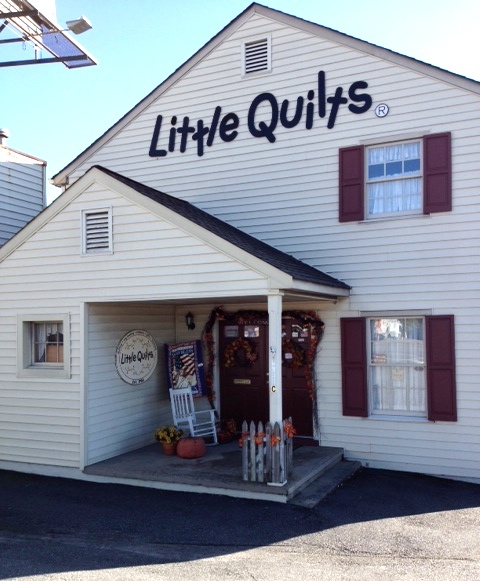 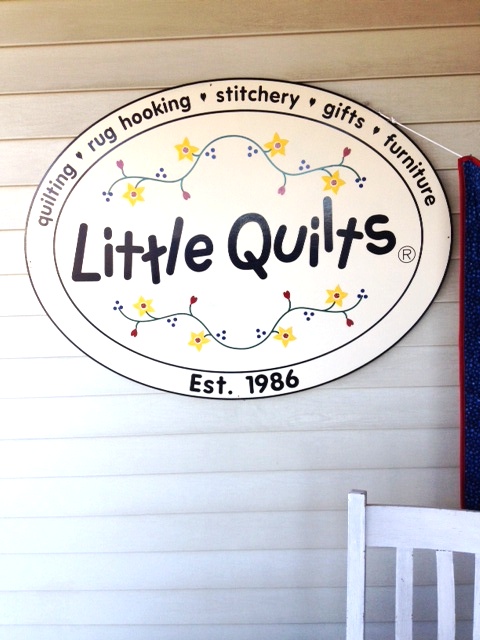 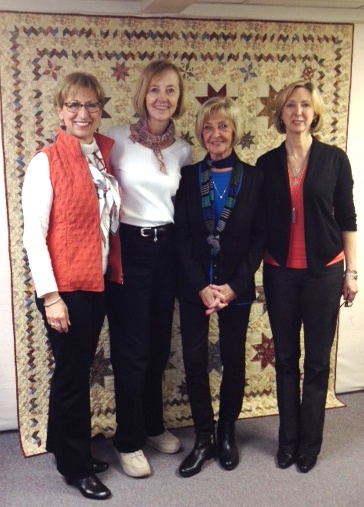 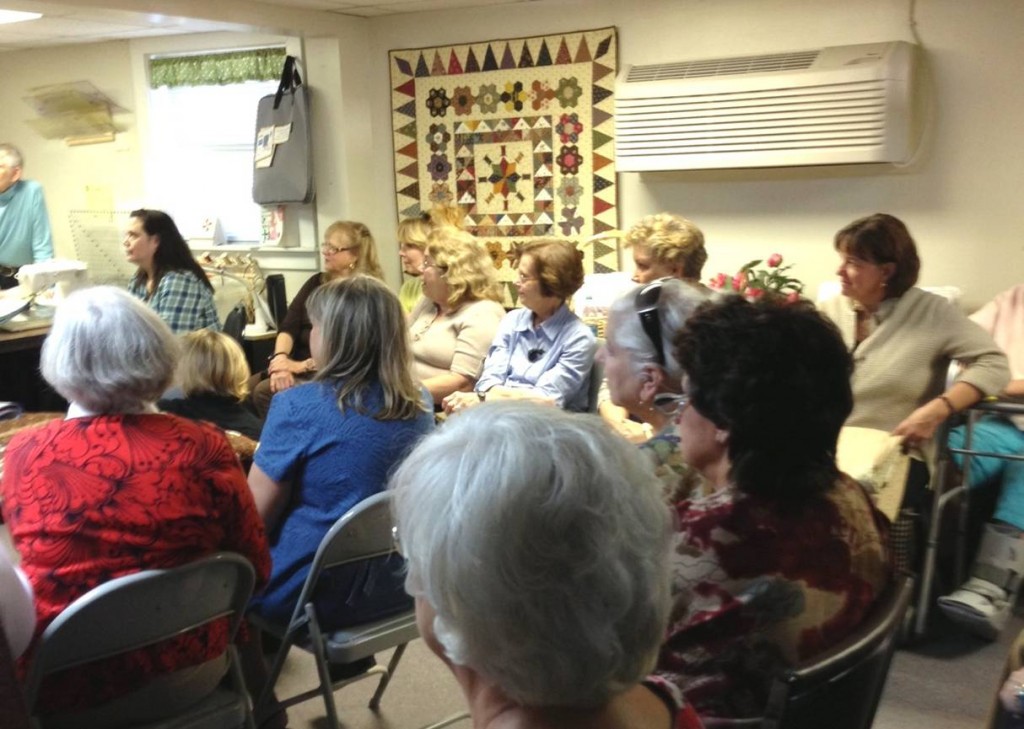 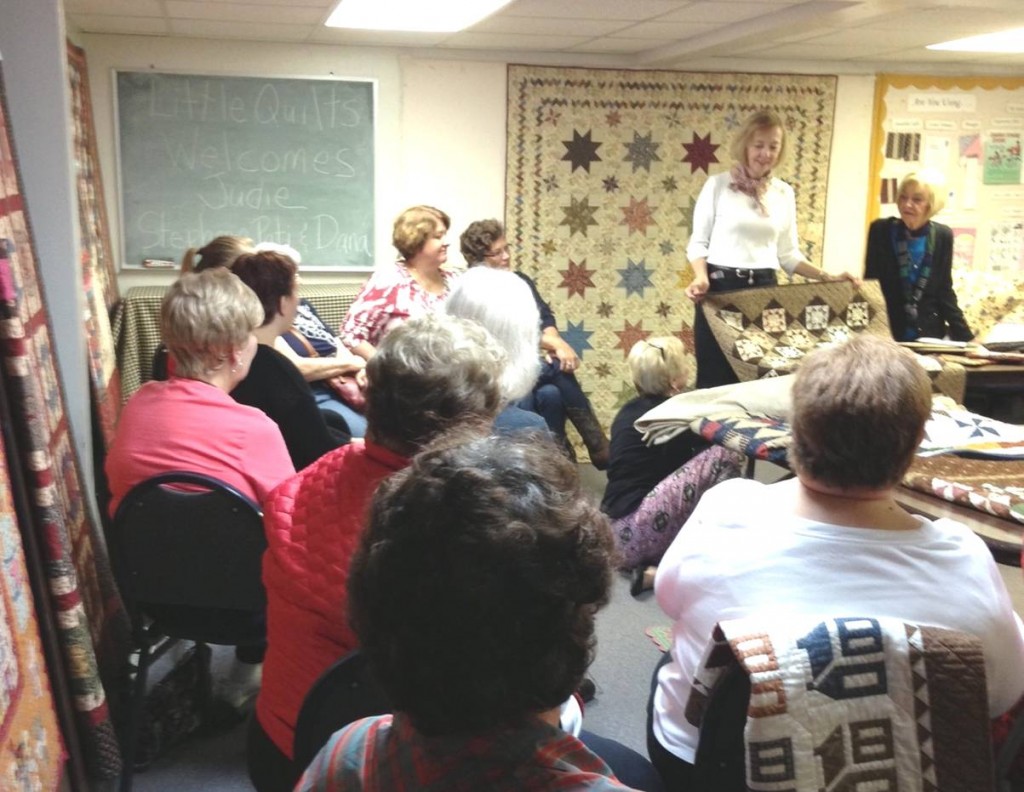 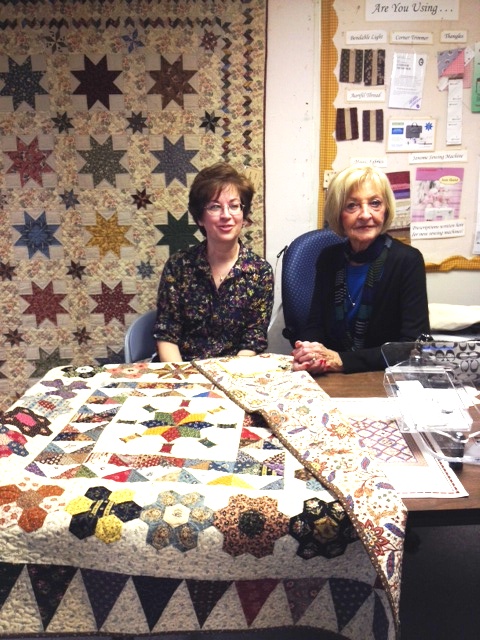 Judie enjoys a close look at some of the finalists… 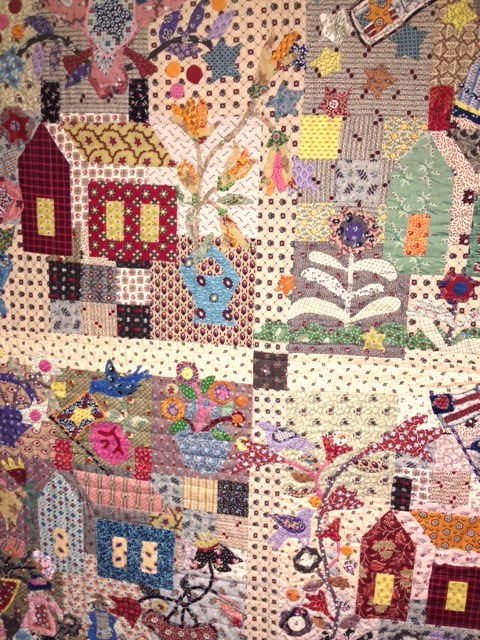 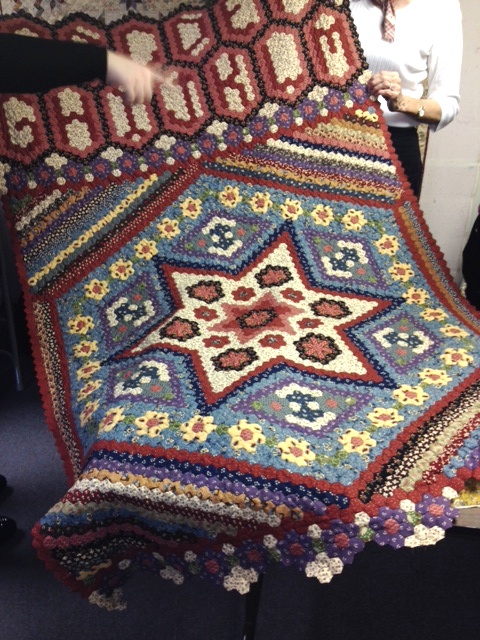 …and one entry that was completed after the deadline. Miniature hexies, anyone?

With an impressive 24 entries sponsored, Little Quilts owner Mary Ellen VonHolt proudly hosted the special event — part meet-and-greet, part trunk show – for an excited group of contestants, customers and guests.  Mary Ellen and Judie showed some of her own quilts, and attendees left with goodies including Judie’s tips for creating with miniatures, and much more! …As they say, a wonderful time was had by all!  Congratulations again to Little Quilts and its entrants on a job beautifully done.