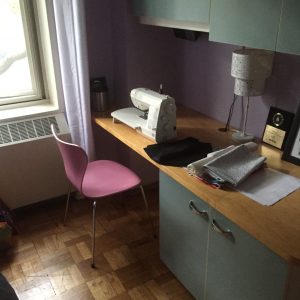 As a fitting finale to our recent “Summer Highlights” blog post, we’re peeking at Laura’s new sewing space, courtesy of her college-bound daughter  ; )

“One of my favorite summer moments (albeit, a bittersweet one) was taking my youngest daughter to college – she was so excited and happy.  But coming back to her empty room was not easy…..until a few days later, when I set up my little Singer sewing machine on her desk!      I wonder what I’ll make…”

Laura, our talented design director, is also a new quilter. My guess is that she’ll be whipping up more new quilts and accessories from her upcoming Studio 37 collections. There was also talk of a skirt in one of her HIGH CONTRAST prints. If you missed it, Laura will be donating her GIRLY-O-SAURUS baby quilt to Project Linus.  Follow her on Instagram @laurasewmodern for her next creation…and future fabric giveaways! 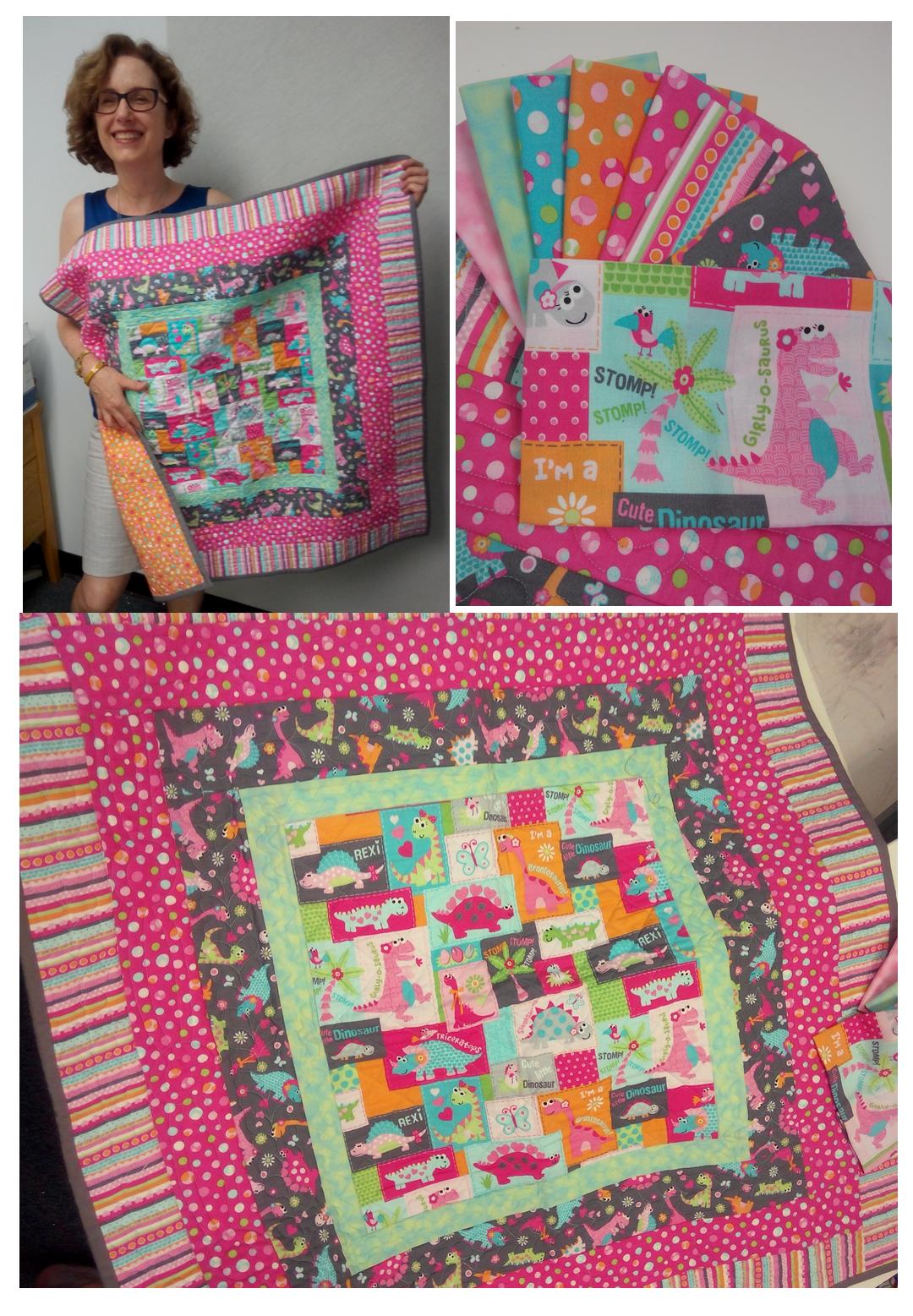 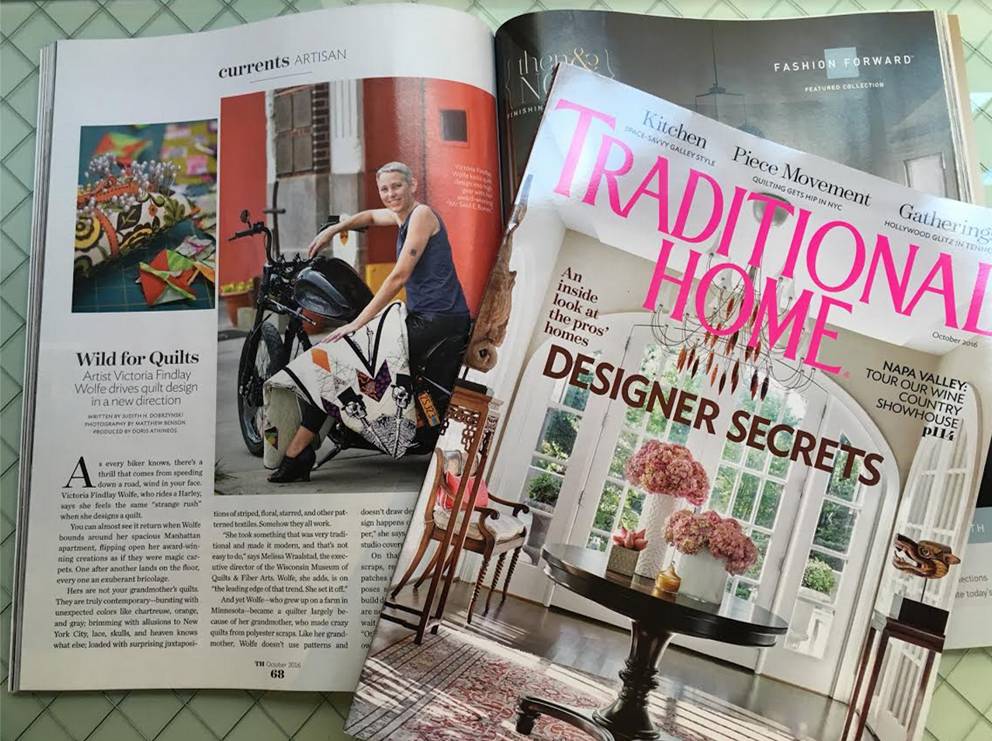 Those of you who subscribe to Marcus Mentions likely saw yesterday’s email and/or blog  post on Victoria Findlay Wolfe’s MEADOW STORM release (shipping NOW!), and her exciting feature in Traditional Home magazine’s October issue.  Well, it turns out that some of you saw the magazine image inverted (in the email, on the blog itself, or both!), while it appeared fine to others. It was correct in the preview I look at before publishing, so I couldn’t understand what happened.

Last night, it occurred to me that in the afternoon, sometime between the scheduling of the post and its publish time, I received an email that WordPress had just initiated an update.  I can only guess that somewhere in that process, a pre-edited version of the post went out, complete with the flipped photo, and its inversion might have also been caused by the terribly-timed update!

Whatever happened in the technical, worldly realm, I’d like to think that this was just the Universe’s way of telling us that this is great news that bears repeating:

However, if the photo self-inverts again, you will NOT receive a third post  ; )  — lisa